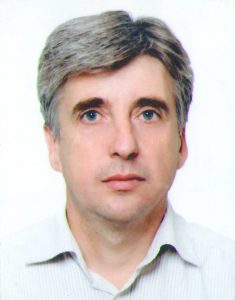 Head of the Department,

The department is located in the building of the former Regional Forest School, established in October 1874. The outstanding scientists G. Strzelecki, V. Tinetsky, S. Sokolovsky, M. Ratsiborsky, V. Shafer and others worked here.

The department trains specialists in two specialties: urban planning (specialization "landscape architecture") and landscape gardening. Here is formed a scientific school of urban ecology and phytomelioration, which are areas of ecology. International conferences are regularly held on these issues and scientific articles are published.

The department has educational and scientific laboratories of soil science and landscape architecture.

The employees of the department take part in the development and implementation of projects of landscape decision of the territories, in the inventory of plantations of general and limited use. The team (headed by Prof. V. Kucheryavy) worked out the projects for the reconstruction of Lviv parks (Stryisky, Ivan Franko, Zalizna Woda, Lychakivsky, Bodnarivka, Lewandivsky, Sknylivsky). In 2004 on the territory of Khmelnytsky National University the Botanical Garden was established according to the project of the department.

From 1992 to 2015, Professor Volodymyr Kucheryavy was the head of the department. Now the Department of Landscape Architecture, Garden and Park Management and Urban Ecology is headed by Doctor of Agricultural Sciences, Associate Professor Yaroslav Henyk.

The department constantly maintains close links with higher education institutions of other countries.

2.     Ornamental plants of the closed ground

3.     Phytodesign of the closed environment

13.    Introduction and adaptation of ornamental plants

4.     Ornamental plants of the closed ground

7.     Introduction and adaptation of ornamental plants